"If I can just overclock the subroot directory...carry the 2... extinguish the firewall...I'm in!" - Seras Glibstone, Elven Hacker and a goddamn liar

The Hacking Skill is used to gain unwanted access into certain arcanotech devices and constructs. Hacking can be used to do a number of things, such as disabling constructs, bypassing security systems, adding new users, etc. Hacking requires Hacker's Tools (a keyboard and universal connector cable); hacking without one is impossible, but hacking with Masterwork Hacker's Tools gives a +2 competence bonus to the Hacking check.

You must either be adjacent to the target construct, or connected to the network in question to attempt to hack it. Hacker's Tools are required to hack, unless there is already a keyboard or terminal that you can physically access. If the subject of your hack attack is being defended, you must make opposed Hacking checks until either the attacker or defender has lost the check 3 consecutive times. If the defender wins, the hacker is locked out; if the hacker wins the defender is locked out. A hacker who successfully hacks an undefended system may leave a backdoor, allowing it to be more easily hacked in the future (bestowing a +10 bonus to Hacking checks on the system in the future). Defenders may also sweep their systems for backdoors with an opposed hacking check.

Varies. It takes at least a full-round action to initiate a hack attack, though it can take longer if you are doing a more elaborate attack, the code is layered, or the target is being defended. In such cases, hacking may take up to 10 minutes, after which the hacker is locked out.

Varies. Failed attempts to seize control of an automaton or system result in the hacker being locked out. Failed attempts to shut down an automaton or system merely kick the Hacker out, unless it is being defended. A hacker who fails to hack a defended system is locked out. Hackers who are locked out cannot attempt to hack the target again, at least until they gain more ranks in hacking.

A character may assist another in a hacking check by using the same keyboard, otherwise following the same rules for aiding another.

Races with multiple pairs of arms or heads have a +2 racial bonus to Hacking Checks, because they can hack twice as fast.

If you have 5 or more ranks in Decipher Script, you gain a +2 bonus on Hacking checks.

If you have 5 or more ranks in Forgery, you gain a +2 bonus on Hacking checks made to establish backdoors.

If you have 5 or more ranks in Knowledge (Architecture and Engineering), you gain a +2 bonus on Hacking checks.

Hacking may not be used untrained.

The following feats pertain to or require the usage of the Hack skill:

Classes with Hack as a Class Skill 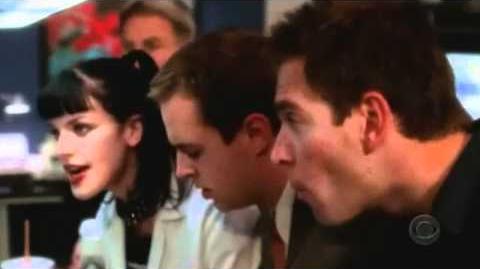